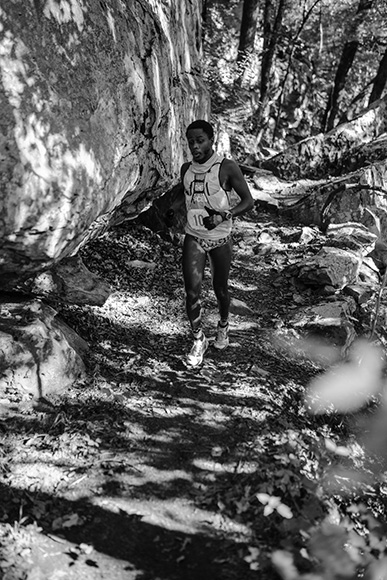 Coree lives and trains in Ottowa, Illinois a rare midwestern elite Ultra Runner. Despite now favoring the longer events, he began his running career racing 400m and 800m distances on the track – making him ready for any distance on any surface. Coree’s longer run before registering for his first marathon in 2014 was just 16 miles, but he would go on to run a very respectable debut time of 2:37. A year later, he won every trail ultra he entered. Flash forward a few years, in 2018 he finished 25th at the infamous—Western States. In his most recent accomplishment, Coree set an FKT on the Ice Age Trail completing the 1147 mile route in just 21 days, 13 hours and 35 minutes. Beyond running, Coree is a father, skydiver and role model to anyone who champions diversity in the outdoor world