Training when Treadmills are the Only Option

Treadmills. From smoke, smog, and bustling metropolitan concrete jungles, to subzero temperatures, blizzards, and precariously dodging snowplows and skidding cars, I have dangerously avoided that piece of equipment for years. Running outside at ‘all costs’ almost became this foolish badge of honor I would pin to my chest after each run, despite the effort typically being suboptimal and risk reward far too high.

So, when California’s single largest fire began to pour toxic smoke over the Sierra Crest into our small mountain town of Mammoth Lakes on September 5th, I did what I always do; mask up, and head outside. I have lived through many fire seasons in the north state, endured weeks of thick smoke, had family evacuated numerous times, and friends lose their homes to mega fires, but, never have we had such oppressive and unrelenting poor air quality as what we endured over the next 8 weeks. Fueling the proverbial fire, we were living in, a few days after the Creek Fire began, a two-month long forest and wilderness closure went into effect making every inch of dirt in our region illegal to access.

Two weeks into life without seeing the sun through daily off the chart AQI levels, dismal motivation to do any activity and watching running fitness slip away, I caught wind that Javelina Jundred, the Burning Man of ultrarunning, might take place. Javelina – which takes place in the pancake flat, fully exposed, blistering hot Arizona desert – is a far cry from the terrain and climate you would expect to find this mountain minded ultrarunning junkie in, but I needed something to look forward to. Everyone in our community did. So, I did the unthinkable and committed myself to the treadmill. It was with hopes I could stay accountable in training knowing there was a possibility of racing 6 weeks out. The first few runs took a great deal of mental energy to complete. Literally going nowhere while chasing a distant goal is quite the quandary. Much like I would never look at my COROS APEX every 5 seconds while running outdoors, I soon realized the importance of covering the treadmills display screen so I couldn’t watch the literal seconds tick by. Small psychological tricks such as this and distractions through music or podcasts helped to ease anxiety and allow the miles to fade away. Utilizing the COROS GPS Watch’s treadmill function – which allows you to select speed and quickly change mid run with the smooth digital dial – helped me build the rhythm I’m so accustomed to while on a trail and subsequently transfer all the data to Strava. Over the next 6 weeks I logged more treadmill miles in our slightly smokey and chilly garage than I had in my entire life combined. As I pounded the belt waiting for my COROS APEX to chime with the next mile and sweat dripping from underneath the beanie, I hoped would help with heat acclimatization, I visualized the Javelina course and what dirt underneath my feet again might feel like. 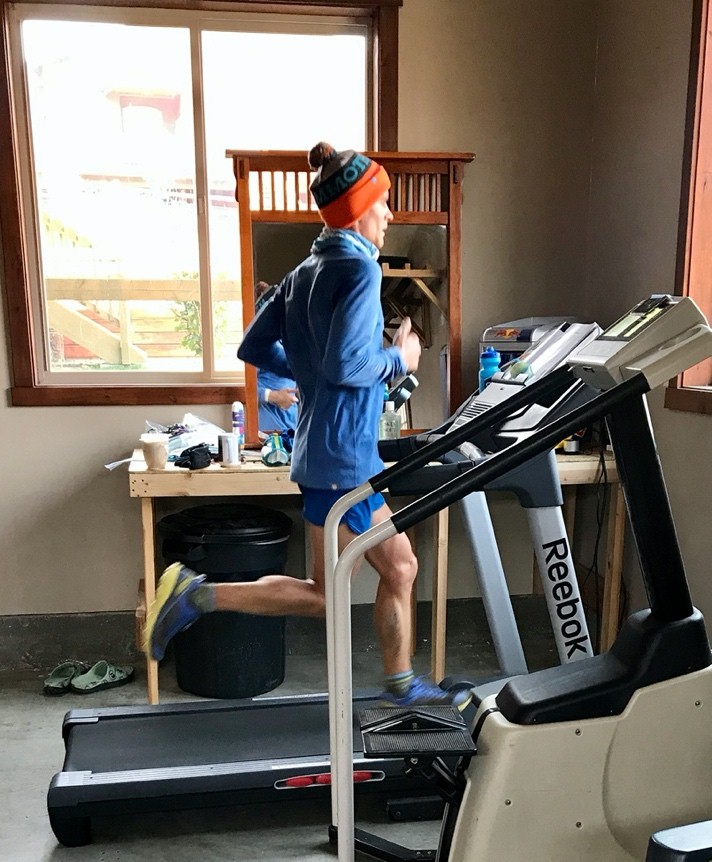 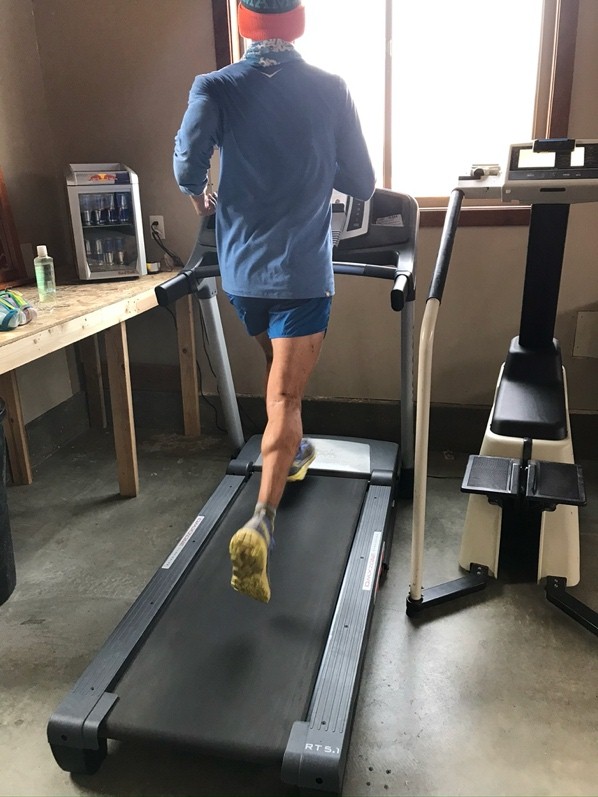 Throughout the ‘treadmill cycle’ I realized how thankful I was to be pushing myself physically in a safe and comfortable environment. I wasn’t battling the elements or toxic smoke levels with a pesky N95 strapped to my face or risking injury while slipping around on sheets of ice. As a self-identified ‘elder millennial’ I often drag my feet when new fancy gadgets are pitched to enhance our experience in different domains. The past few months have left me with greater appreciation for what technology can offer and I’m thankful to have a running watch that helped bridge the gap between a rudderless athletic boat and being able to still run down dreams despite umpteen reasons to just hang up the shoes and binge watch the latest Netflix docuseries.